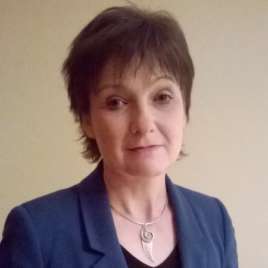 The gently rolling hills of the Slieve Blooms in Offaly stretched out before us, glistening in the sun, their lines and curves familiar and welcoming.

Steeped in local history, Paddy our guide pointed to a hillside, identifying the ghost traces of farmers past: potato drills visible only as lines combed into the grassy banks, the outline of an abandoned farm house, the track of a wall once enclosing a field, now gone. One farm, two, three … ten … a hundred. With the eye newly trained, the hill now revealed its tragic past; lives lost through famine, the patchwork of farms re-absorbed by the land that had given them life and taken it from them. On a far slope, an ancient path where, thousands of years before, pagan farmers ran cattle through rings of fire, protection against angry gods they feared would punish disobedience and avenge disloyalty.

Seen through the eyes of someone who knew it, we would never look on these hills in the same way again.

Meeting the disciples after the resurrection, Jesus takes them over the familiar landscape of sacred scripture and helps them to see it with new eyes. He brings alive the parts of scripture now fulfilled by his own life, death and resurrection. The words these disciples think they know so well are transformed; they throb with new life and promise, assume new significance. The words also bring into sharper focus the God Jesus loves, the God who is most fully and perfectly revealed in Jesus.

Looking now through Jesus’ eyes, these disciples can no longer see the sharp and jagged edges of warrior God or the vengeful tyranny of a God who would punish those who disobeyed. The God Jesus knew was Abba God … daddy. The God revealed in Jesus’ actions was a God of love who cared for the least and most vulnerable of his people and far from seeking revenge on those who would hurt him, this God never wavered in his love for his people. Faced with hatred and punishment, with torture and an agonising death, the God Jesus reveals to us is faithful, forgiving.

Seen through the eyes of someone who knows and loves him, we would not look on God in the same way again.

In June 1859, The Great Blondin crossed Niagara Falls on a tight rope. He repeated the feat several times with variations: blindfolded, in a sack, trundling a wheelbarrow, on stilts, carrying his manager on his back. His crossings drew crowds. About to cross pushing a wheelbarrow with a sack of cement, he asked a reporter in the crowd. ​“Do you believe I can do this?” ​“Yes sir, after watching you, I believe you can do anything.” ​“Do you believe that instead of a sack of cement, I could put a man in this wheelbarrow, and wheel him safely to the other side?” ​“Oh, yes, Mr. Blondin, I certainly believe it.” ​“Good,” said Blondin, ​“Get in.”

Jesus returns to heaven, leaving the disciples in a troubled world of Roman oppression, supported by Jewish authorities keen to guarantee their own existence rather than protect the covenant God made with his people, ALL of his people. His disciples are invited to move in, to be part of the experience of the New Covenant by living an alternative way of life. The life is radical and risky. Do you believe I can do this? Jesus asks. Then get in.

We see in the New Testament that the early Christians have their own versions of that wheelbarrow ride. A new life means letting go of old securities. It’s uncomfortable and even with the Spirit active among them, discomforts spills over into behaviour. Letters show tensions, between Paul and Peter, between circumcised and uncircumcised, between the Love and the Law, between scrapping neighbours scrapping running to local courts. The list goes on …

… the experience endures today. Jesus invites us to live a radical life in troubled times. Even with faith, it can feel like stepping into that wheelbarrow, unless we trust the one holding us. We make a mistake if we think that such trust comes easily. It develops over time, with experience of the loving God Jesus reveals to his disciples. It develops with the experience of the God who dwells in the uncertain places in your own life, not magically transforming the circumstances but keeping you company, giving you strength, trusting you.

The Lord is with you. His Spirit is here. Always.